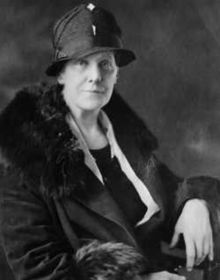 The holiday dates back to 1908 when Anna Jarvis  from West Virginia held a memorial service for her mother.  She run a campaign to make the it a recognized holiday in 1905 but was unsuccessful. It seems curious that the Origins of Mother’s Day in the United States is related only to one woman but Anna Jarvis’s mom was peace activist that cared for wounded soldiers during the American Civil War. Anna Jarvis quest to honor our own Mothers was partly successful in several States until Woodrow Wilson designated it as a federal holiday to remember and honor mothers. Despite being successful, it didn’t take long until the holiday started being commercial and Anna started to fight it to the point that she was arrested for disturbing the peace.