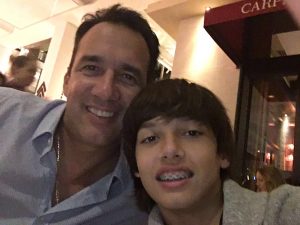 Ready for the holidays, This December Curious Monday’s Winner is Mr. Hernando Ardila. Congrats Hernando! After answering the Christmas themed question he was randomly awarded as the lucky winner this month.

Challenge was to respond the following question:

Mr. Ardila was awarded with a $25 Amazon gift card.

If you are not yet participating, just comment below and I will add you immediately.

Stay tuned for next month contest!